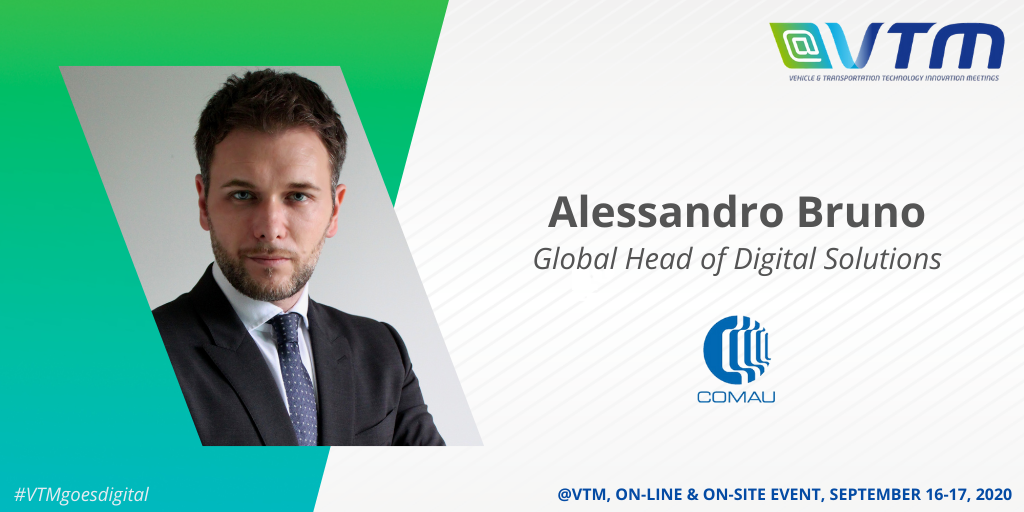 Alessandro Bruno has been Head of Digital Initiatives Platform for Comau since 2019. He began in career as Project Manager in the powertrain field managing assembly and machining projects for Automotive field. In 2009 Bruno took over the role of Plant Operations Manager with an Italian Industrial Automation company operating in Automotive field. In 2011 he joined Comau as World Class Manufacturing Program Manager. In 2012 has taken on the role of Manufacturing Manager for Robotics and Application division, and in 2013 took on the role of China Robotics Manufacturing Project Head with the strategic assignment to open a production subsidiary in China for the Robotics and Application division. In 2015 he was appointed Manufacturing Director China for all Comau divisions, and in 2017 he took up the role of Integrated Supply Chain Director for APAC Region.