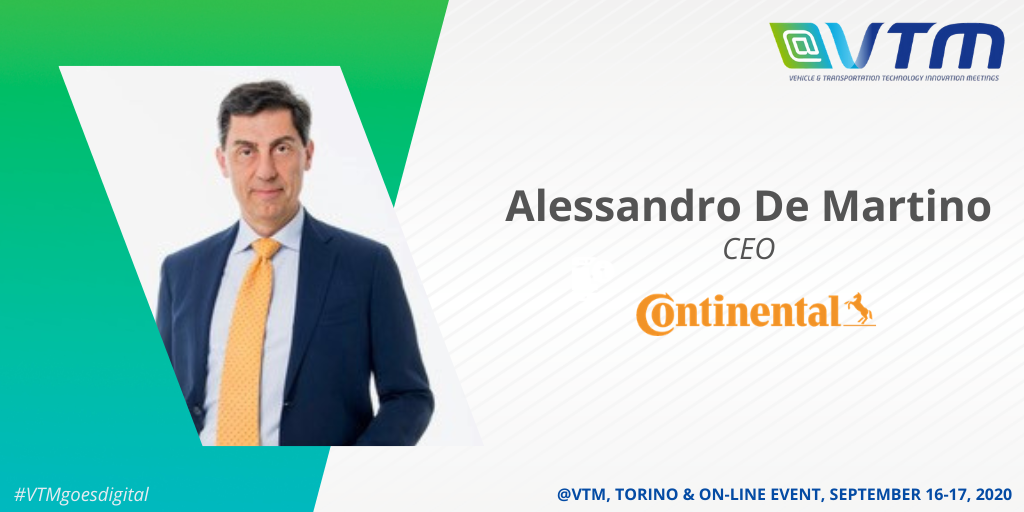 Alessandro De Martino has been General Market Manager in Continental Italia since 2008. An Economics graduate originally from Turin, De Martino spent many years of his early career with the Fiat Group, where he was responsible for financial products in the Holding and Automotive divisions. Thereafter, he officially opened the LeasePlan organization in Italy as Managing Director in 1991.

In addition, he served as the president of ANIASA (the National Association for Car Rental and Automotive Industry Services) from 2000 to 2002.

Founder and Director of Car Fleet Magazine, the first Italian magazine dedicated to the Car Rental sector, aimed at providing Fleet Managers with the necessary tools for managing company fleets.