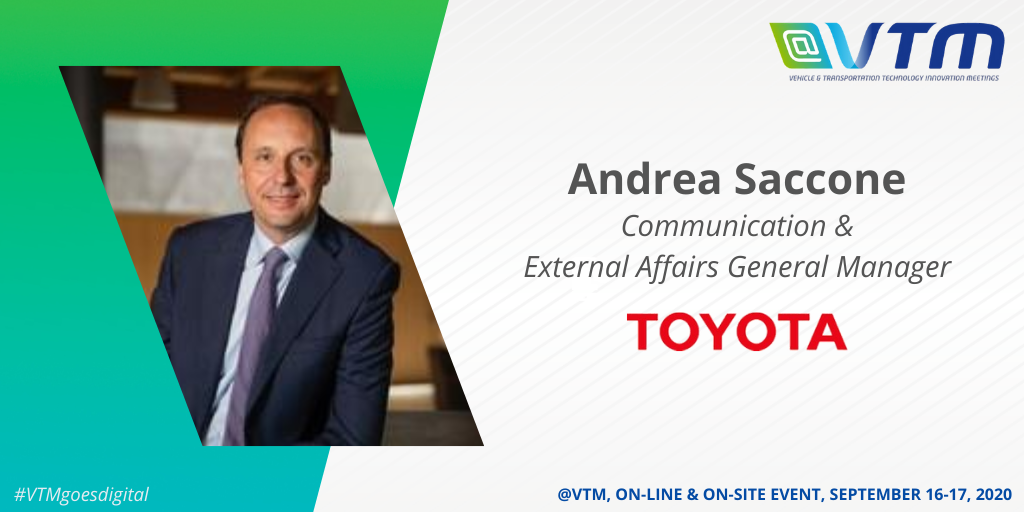 Andrea Saccone graduated in 1997 in Mechanical Engineering at Tor Vergata University of Rome; he joined Toyota Motor Italia in 1998 in the Technical – Product Quality area; he grew up and consolidated his experienxe in that area by taking, after a few years, the responsibility of the Product Quality & Homologation Department. In May 2007 he was assigned the leadership of the Technical Services Department, until December 2010. In the following two years he was assigned the role of After Sales Business Development Manager of Toyota and Lexus Dealer Network. From 2013 to 2016 he led an experience at the European headquarter based in Brussels, firstly in the Customer & Market Support area and then in the After Sales Strategic Planning & Project Management area. In January 2017 he came back to Toyota Motor Italia taking over the management of the Service Excellence & Innovation area until December 2018. In January 2019 he has been assigned the role of Communication & External Affairs General Manager.