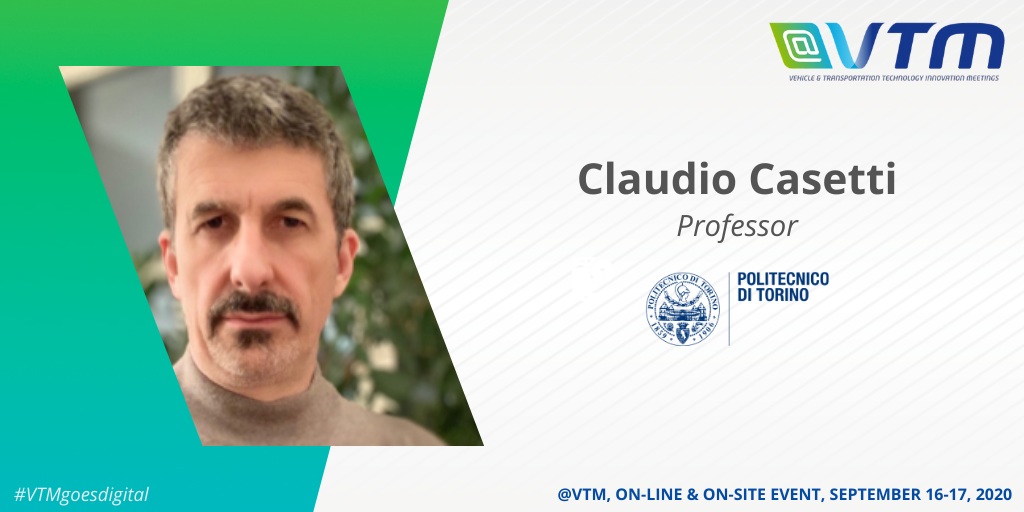 Claudio Casetti is a Full Professor at the Department of Control and Computer Engineering, Politecnico di Torino, Italy. He has published more than 200 papers in peer-refereed international journals and conferences on the following topics: vehicular networks, 5G networks, transport and network protocols in wired networks, IEEE 802.11 WLAN. According to Google Scholar, his H-index is 39. He is the Scientific Coordinator of the Master in “Electrified and Connected Vehicle” at Politecnico di Torino since 2018. He chairs the Turin Urban Digital Mobility working group within the Smart Roads project fostered by the City of Turin. He has been in the organization and technical committees of the major IEEE/ACM conferences (IEEE INFOCOM, IEEE CCNC, IEEE Globecom, ACM Sigmetrics…). He has given Tutorials on vehicular networks at major IEEE Conferences, including IEEE ICC, IEEE Globecom, IEEE CCNC and IEEE VTC. He is a Senior Member of IEEE.