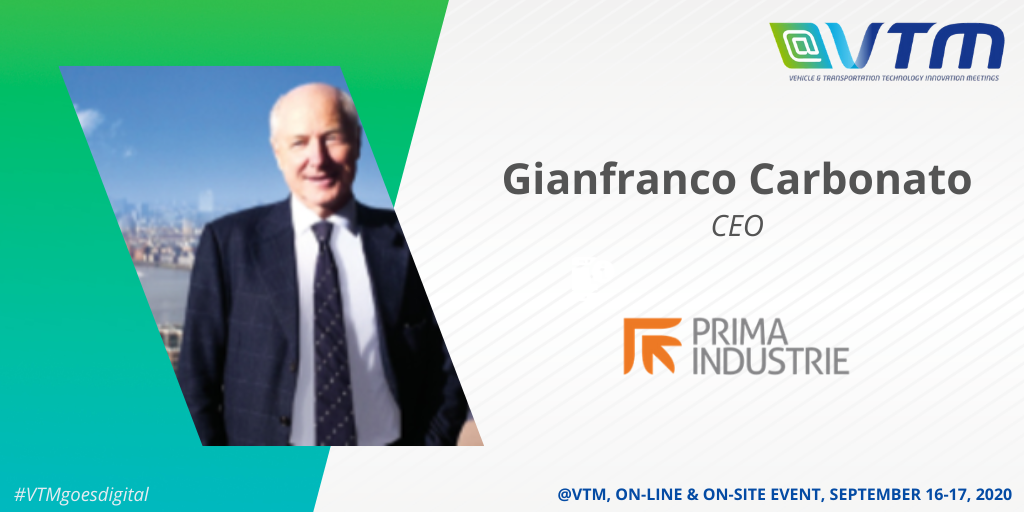 Born in 1945, he graduates in Electronics Engineering from Turin Polytechnic in 1969.

In 1977, with a group of engineers, he gives life to Prima Progetti S.p.A., then becoming Prima Industrie S.p.A., a company specialised in laser systems for industrial applications, which has reached over the years a high level of competitiveness on international markets.

In 2007 he receives the honour of Knight of Labour. He has been member of the Board of Directors of Iren S.p.A., RCS Group S.p.A., Fondo Italiano d’Investimento S.p.A. and Intesa Sanpaolo S.p.A.

He has held the roles of President of AMMA (the Association of Mechanical and Mechatronics Companies), of Unione Industriale of Turin and of Confindustria Piemonte.

Gianfranco Carbonato is currently Executive Chairman of Prima Industrie S.p.A., listed on the Italian Stock Exchange since 1999, which now heads a global Group in the field of laser and sheet metal machines, of laser sources as well as industrial electronics and additive manufacturing.