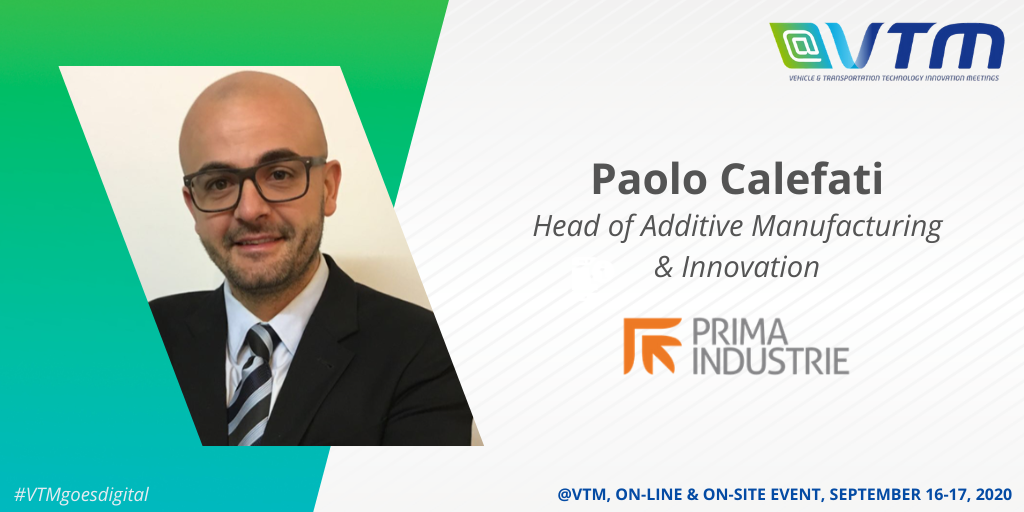 In carrying out his role, he collaborates with European universities and research centers in the field of innovation projects aimed at developing new technologies for industrial and production processes in the field of photonics and laser processes, with particular attention to the topics of Industry 4.0 for smart and green manufacturing and advanced manufacturing systems, such as the additive.

He has been the coordinator of some European projects, Whiter (white room based on reconfigurable robotic island for optoelectronics components), Borealis (The 3A energy class is flexible for new additive and subtractive manufacturing on next generation of 3D metal parts), ICP4LIFE ( Integrated Collaborative Platform for managing the product service Engineering Lifecycle), 4D hybrid additive technologies and the STAMP (Additive Manufacturing Piedmont Technology Development) project as part of the Piedmont regional intelligent factory program.