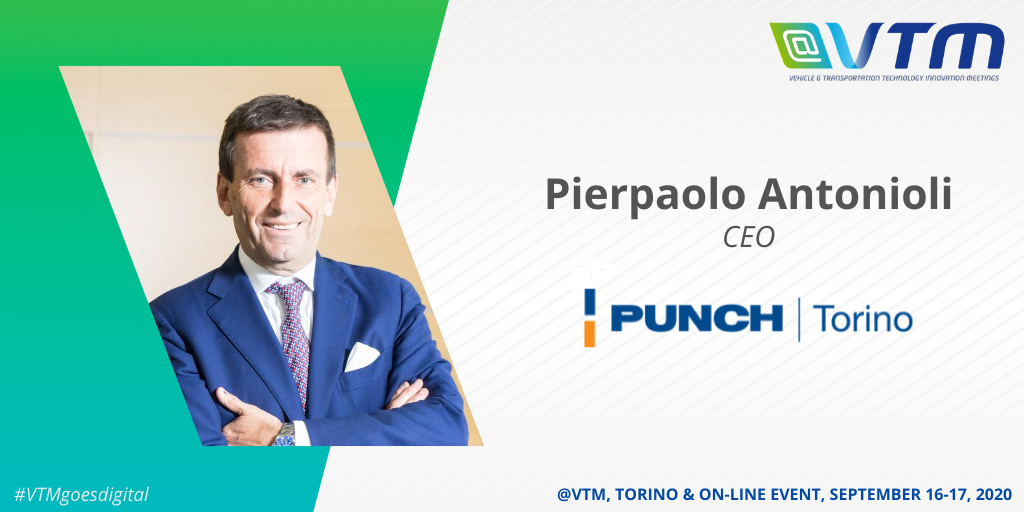 Pierpaolo, 57 year-old, has a technical background in Electrical / Electronic, Mechatronic and Control engineering.

Since September 2009 till February 2020, Pierpaolo Antonioli has been the Managing Director of the General Motors engineering center located in Torino (Torino Polytechnic Campus) with more than 700 employees. GM Torino center had global responsibilities for the development of Diesel Engines, Diesel Electronic Controls and Diesel Hybrid technologies for passenger car applications for the whole GM Corporation.

By representing GM Corporation on the territory, Pierpaolo has been responsible to maintain relationships with local, regional and national authorities in order to support and facilitate all the industrial development initiatives in which GM can give a contribution as an active partner of Italian Automotive Industry.

In February 2020 the Engineering Center has been acquired by PUNCH Corporation, and Pierpaolo is now the CEO of PUNCH Torino SpA.

Since July 2016, he holds the Chairman position inside CEIP (a Regional Company whose shareholders are the Region, the Chamber of Commerce, the city of Turin and the University) dedicated to attract hi-tech foreign investments in the region and to promote the excellence of existing regional companies outside the country.