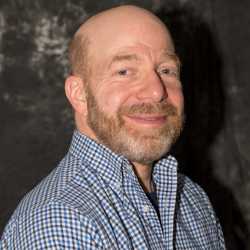 Mr. Lacher is Chief Technologist for Future Airspace Operations in the Intelligent Flight Systems organization at NASA's Langley Research Center where works on the safe operational integration of new aviation technologies. He is a subject matter expert on the safe and secure operations of unmanned and autonomous systems.

He was the Director of the Aerospace Systems Research Center at Noblis and was the Senior Manager for Autonomous Aircraft Integration at Boeing working with the NeXT team. Before that, he was the Autonomous Systems Integration and Adoption Lead for The MITER Corporation where he worked for 30 years. In his MITER career in addition to his unmanned and autonomous systems work, he was a part of the stand-up of the Joint Program Office that created NextGen; was a founding member of the Collaborative Decision-Making working group; and worked on ATM research projects. Mr. Lacher took a break from his MITER career and was an information technology consultant for small airlines and worked on satellite-based asset tracking. He has experience with unmanned vehicles, technical standards development, software assurance, trustworthy autonomy,

Mr. Lacher has served on a number of research advisory boards and standards bodies including the National Academy of Sciences' Aeronautics and Space Engineering Board and the Federal Aviation Administration's RE&D Advisory Committee. He has contributed to several Aviation Rulemaking Committees recommendations and a number of National Academy of Science studies related to aerospace. Mr. Lacher is an Associate Fellow of the AIAA where he is active on the Intelligence Systems Technical Committee. He has a BS in Electrical Engineering and an MS in Operations Research both from The George Washington University.