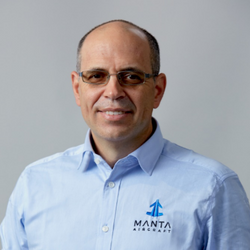 With a master degree in Aeronautical Engineering from the Polytechnic of Milan and an MBA from SDA Bocconi, Lucas has always been involved in the aeronautical world, professionally and as a competition glider pilot. The first light aircraft he designed was built before he graduated at the university. After working in Pilatus Aircraft, he moved to several industries with a common ground, the forefront of technology: Formula 1 and other motorsports, simulation, semiconductors, electronics, medical devices, scientific software, blockchain. Along his career he has been co-founder in several startups and his biggest passion are always the aircraft.