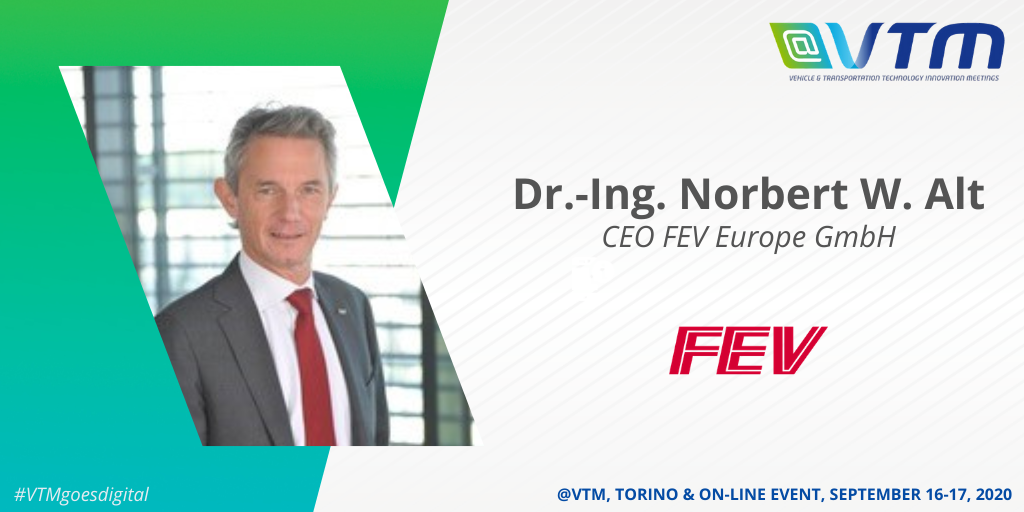 Dr. Norbert Werner Alt was born on December, 31st 1961 in Bonn, Germany. He is married and lives in the region of Aachen/North Rine Westphalia.

Since 1989 Dr. Norbert Alt has held various positions of FEV GmbH in Aachen. In 2002 he was appointed Business Unit Manager Vehicle Physics/Acoustics.

In 2006, Dr. Alt became Vice President of the Sales Region Europe & South America of FEV GmbH. 2016 he joined the management board of FEV Europe GmbH and was announced Chairman of the Executive Board of FEV Europe in 2017.