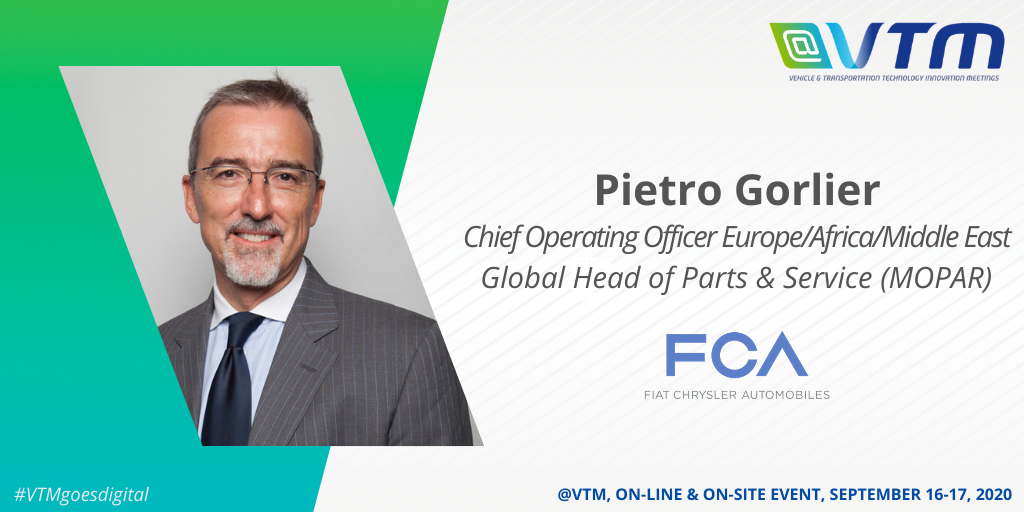 Pietro Gorlier was named Chief Operating Officer (COO) of the Europe, Middle East, Africa region in October 2018. He has been a member of the Group Executive Council (GEC) and Global Head of Parts & Service (MOPAR) since September 2011.

Mr. Gorlier has held other key roles for the Group including being appointed COO of Components in June 2015 and President and Chief Executive Officer – MOPAR Brand Service, Parts and Customer Care, Chrysler Group LLC, in June 2009.

He joined the Chrysler Group from Fiat Group Automobiles S.p.A. and CNH Global N.V., where he previously served as Head of the Network and Owned Dealerships organization.

Mr. Gorlier joined the Fiat Group in 1989 as a Market Analyst in Iveco and held various positions in Logistics, After Sales, and Customer Care before joining Fiat Group Automobiles in 2006 in Network Development.

He is a graduate from the University of Turin where he studied economics and business.